Early into BPL’s investigative research we realized that the industry had a major problem that was preventative to Bat Fitting.  There was no inferential metric that was simple for players, coaches, parents and bat manufacturers to describe how the bat actually swings.  After months of research and testing we were able to build the Balance Point Index, known as BPI.   BPI is a number between 1 and 100 that describes the amount of energy needed to move the bat to the strike zone.  It incorporates the mass and physical properties of the bat and allows us to do things like design bats of different length to the same BPI.  This means that if your eyes were closed and you felt 2 bats of the same BPI, but with different lengths, you would not be able to tell which is which.  We have currently designed bats to specific BPIs for over 30 active MLB players and have more coming to the Lab on a regular basis. 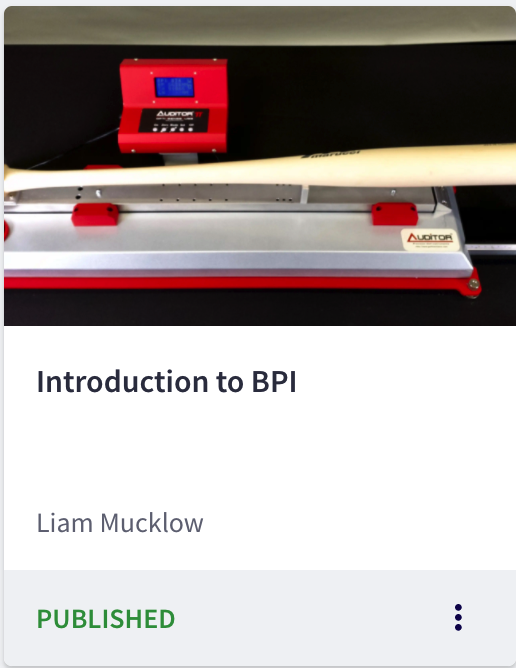